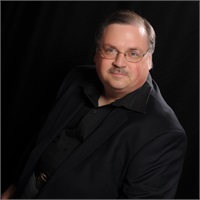 Howard started preparing taxes in 1984 while studying at California State University, Hayward. Howard has a BS in Business Administration with an accounting and real estate management option.

Howard has spent more than half his life in the tax field. In 1992 Howard became one of only 25% of those who took and passed the Enrolled Agent Exam on his first attempt.

Howard, a lifelong resident of the East Bay and started the business that would become Tri-Valley Tax & Financial Services, Inc. in July of 1995.  Since starting the business, Howard has become a Fellow of the National Tax Practice Institute and a Member of the American Academy of Tax Practice.  It is Howard’s belief that you cannot get enough continuing education on taxes.  Every year Howard and the tax preparation staff take more than 60 hours of in class room education.

In December 1998 Howard joined HD Vest so that he could offer his clients financial advice based on the all-important tax return.  It is Howard’s belief that all investment choices should look at the current and future tax consequences.  Howard has since become a Certified Financial Planner™.    Howard works with clients to provide a plan for their future.

Howard ideally has set up a “One Stop Shop.” for many of his client’s financial needs.

When not working or studying the new tax and financial laws, Howard loves to travel with his wife Sheryl to a few of their favorite places.  They make an annual trip to the “happiest place on earth” on the east coast.  They also spend time traveling around the Pacific Northwest and British Columbia.

Howard is an avid sports fan.  Being raised in Oakland, Howard supports the Athletics and Raiders.  Ever since Howard went to a couple of California Golden Seals games as a child, he has had a passion for hockey. From day one Howard has been a season ticket holder and fan of the San Jose Sharks.

Howard is also a history buff and believes in the saying, “Those who don't know history are destined to repeat it”. -Edmund Burke