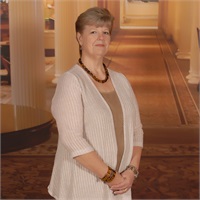 Sheryl Hertz joined Howard in his practice in 2005. Howard and Sheryl were married in 2010. Sheryl started her second career as tax professional in 2001. Before that she was in retail management and was able to travel and live all over the United States. Sheryl grew up as an Air Force brat living in many different states and countries as her father was transferred from one base to another. Sheryl believes that this up-bringing allowed her to develop a personality that works well with all people and cultures. She passed her Enrolled Agent Exam in 2006.

Sheryl and Howard reside in Pleasanton. When not at work Sheryl enjoys spending time with her family who live locally and with friends. She loves to travel and counts the days between vacations in Whistler, British Columbia Canada, Hawaii, and the yearly visit to the happiest place on earth - Walt Disney World in Florida.